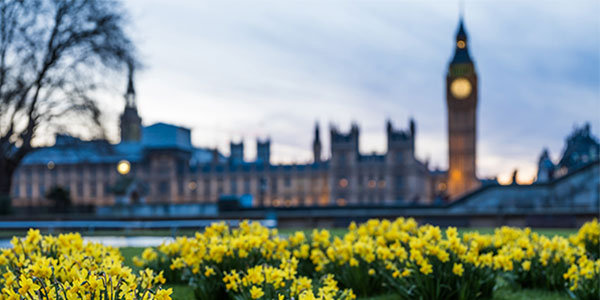 House sales to UK buyers climb as ‘Brexit refugees’ outbid Irish-based home buyers by 10% over the past year putting pressure on the housing market.

Property sales to UK-based buyers have increased by 10% over the past year, putting pressure on the already stretched housing market. New data has found that almost half of estate agents nationwide have seen an increase in enquiries from the UK for properties here over the past year with Brexit on the horizon. The data from estate agents all over Ireland show that Brexit is proving to be double-edged sword – which is helping to drive sales of property but also putting further pressure on the stretched market. Buyers are a mix of Irish emigrants who want to return home, British workers who want to relocate to Ireland or those who wish to retire here.

Sales to UK-based buyers have now increased by 10% on average over the past year.

And the majority of homebuyers are looking at middle market properties. While the average house price in the State is €234,824, 20% of sales to UK buyers are ranked higher in price, standing generally at between €250,000-€300,000 with 22% between €300,000-€500,000. The survey also showed that almost one in five property transactions from the UK was directly caused as a result of Brexit. Overall, this translated into more than one in 20 sales coming from the UK. Although the buyers include Irish emigrants returning home, there is a significant number who have never lived¬ here but want to relocate. “UK buyers make up 11% of overall enquiries and 6% of sales in the Irish market, with our agents reporting an average of five sales each last year, up 10%¬¬¬ on the previous 12 months,” said REA spokesperson Barry McDonald. “While 52% of enquiries are coming from returned emigrants, 28% have no previous connection with the country, which we would note as a significant shift.” Overall, 12% of UK enquiries were caused by jobs moving directly from the UK to Ireland. “We see 17% of enquiries to REA agents citing Brexit as a direct reason for moving to Ireland,” said Mr McDonald. “We find that 23% are coming to live and work in Ireland, which is up from 16% in our comparable 2016 survey.” While the majority will be working in Ireland full-time, a sizeable number will be working from home and one in five of these intends to commute. The typical UK buyer is looking for a rural property (55%). The survey also shows that 27% are buying for retirement, 16% are investors, 11% are looking for a change in lifestyle, and 85 are buying holiday homes. Almost 40% were from London or the south east of England. Independent Oct 2018 https://www.independent.ie/business/brexit/house-sales-to-uk-buyers-climb-as-brexit-refugees-outbid-irishbased-homebuyers-37419711.html

As the Central Statistics Office reported the first fall in house prices in Dublin in almost a year, Investec Ireland published a major report forecasting that 2014 would be the year of the housing market recovery.

As the Central Statistics Office reported the first fall in house prices in Dublin in almost a year, Investec Ireland published a major report forecasting that 2014 would be the year of the housing market recovery.

Read more from the Irish Examiner


This item has no description. Follow link to view item.

Dublin 2 and Dublin 4 has traditionally been known as the Central Business District in Dublin, with a wide variety of sectors such as financial, IT, legal and general services all making their home there. The CBD has over 156,000 people employed in the area, around 7.00% of the entire workforce and around 4.5 million square feet of retail space. Even though the CBD’s geographic boundaries have now begun to stretch as far as parts of Dublin 7 and 8, recent market trends have shown a shift in preference for Dublin 2 and 4 office space with business most likely looking to benefit from its excellent transportation services with the DART Southern Commuter train line, proximity to the Green LUAS Line and two Quality Bus Corridors along the N11 Stillorgan Road and the Rock Road. Despite experiencing extensive redevelopment and topographical changes during the property bubble, Dublin 2 and 4 has managed to maintain much of its character and historical significance and continues to attract around €1 Billion in tourist revenue p.a. (www.dcba.ie). Please find below a list of our available office space within the geographical confines of the Dublin 2 and Dublin 4 postcodes.